DAYTON, Ohio, October 22, 2008 - Creditscoring.com contends that an article about credit scores on the web site Wikipedia conflicts with information from the main credit score company, and has for over a year.

Median FICO, but mean PLUS

In its article "Credit score (United States)," Wikipedia (which calls itself "the free encyclopedia") claims, "According to Fair Isaac the median score is 723 (half of scores above and below) whereas according to Experian (using the Fair Isaac risk model) the average credit score is 678 (lowest scores are farther from the median than the highest scores)."

The word "average" hyperlinks to the Wikipedia article about the mathematical mean—a different type of statistic than the median, the statistic used by the FICO score. The 678 reference has existed continuously since August 7, 2007, except for a two-hour period on January 18 when it was changed to another inaccurate number, 692, then back to 678. Creditscoring.com author Greg Fisher comments: "Apparently, the subject of credit scoring is so arcane, no one has noticed the error. Or, perhaps, the myth of the 678 average has grown so large, it is hard for anyone to believe it is not true."

The Wikipedia article commands a high rank in the search engines and, if taken seriously, leads members of an unwitting public to believe that their FICO score of 680 is above average—when it is actually 43 points below the median.

At one time, Experian claimed that its credit score named the "PLUS Score" had an average of 678. But that score is not the familiar FICO score used in mortgage lending. The PLUS Score, according to Experian, "is not currently sold to lenders," and is "for educational use only." Even more peculiar, Experian no longer even cites 678 as the average. On October 21, it was 693. So, the average mistakenly referred to as a FICO score in Wikipedia is an error of an error.

Fisher traveled to San Francisco to talk to the people in charge of Wikipedia, the Wikimedia Foundation, but he found only a post office box. To add to the sureality, he mailed a postcard to himself from that location. 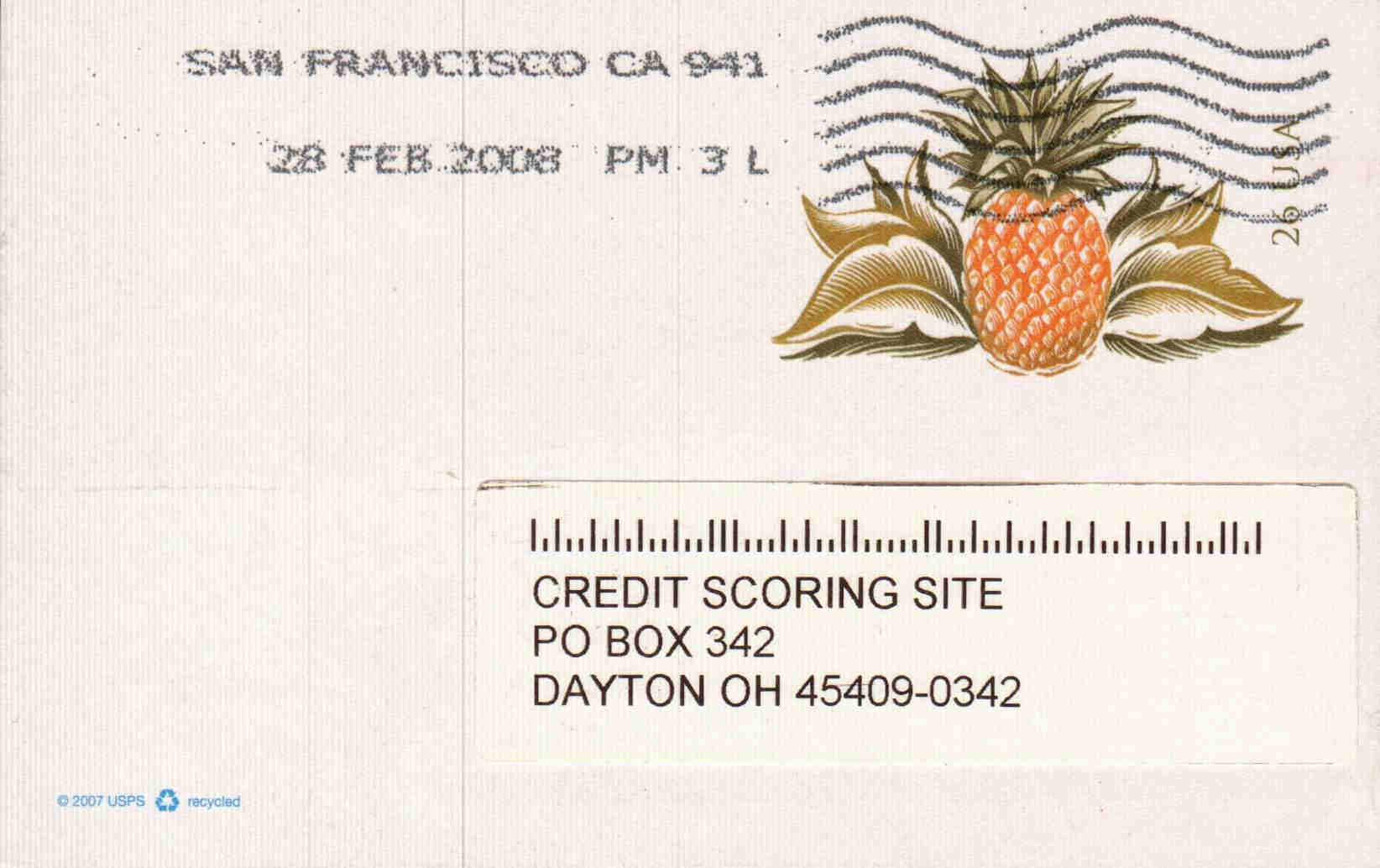 One of Fair Isaac's main offices is located in the same metropolitan area, just north of the downtown San Francisco Wikimedia/Wikipedia post office box. Wikimedia-pedia's office is also located somewhere in the Bay Area. Fisher laments, "Wikipedia and Fair Isaac have the same area code, yet the two are worlds apart in describing the average credit score."

"The notion of Wikipedia is folly," Fisher contends. "The page Wikipedia:Introduction states, 'Don't be afraid to edit – anyone can edit almost any page, and we encourage you to be bold!' On the credit score page, in order to maintain the facts, several Wikipedians might have to be assigned to a 24-hour vigil."

Fisher comments: "Belief triumphed over the truth. In illusion versus reality, illusion won."